Today was the Bean’s Leader Day.  If you don’t speak Kindergarten-ese, when it’s your Leader Day it’s The Best Thing EVER. Not only do you get to be the line leader all day, you also get to bring in snack AND something for Show & Tell.  The only requirement for Show & Tell is that what ever you bring in can’t be a toy- it’s got to be something the kids can discuss and share.  So we’ve been talking all weekend about how the Bean was going to bring in a picture of her and Scorch tubing (being pulled in a tube behind a speed boat) for the first time this summer. It’s basically my most favorite picture of the kids from the summer because they are radiating pure glee in it and I was excited she was going to share it. 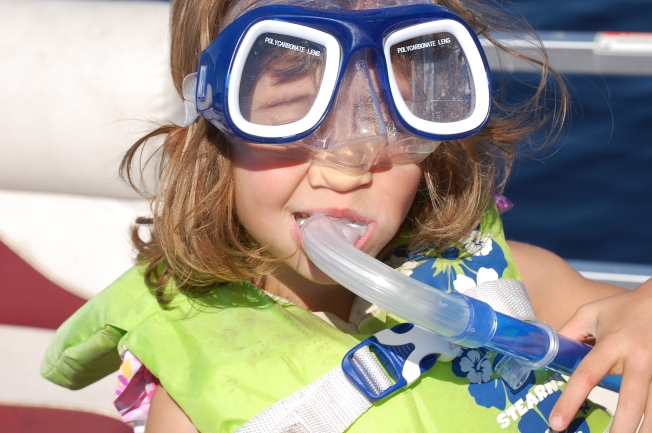 This is obviously not the tubing picture, but it’s from that day and it makes me laugh!

So we talked all this morning about what she was going to share about the picture. How it was taken at her grandfather’s cottage.  How she thought she and Scorch were going to sink when the boat stopped pulling them. How the Hubs tried multiple times to pull himself up to water ski on one ski and just couldn’t do it.  I made sure she was prepped with a lot to share about this picture! 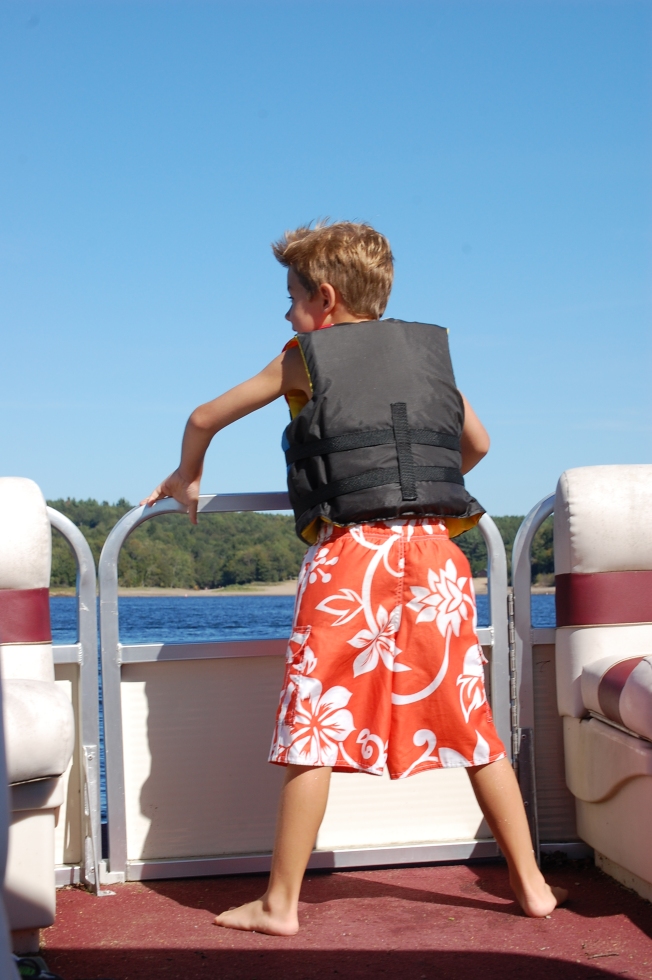 Also from that same day- Scorch getting a lay of the land!

So when I went to pick up the kids this afternoon, I was bubbling over with excitement – I could not wait to hear how the Bean’s Leader Day went!  She piled into the car and I asked her what she shared about her picture.

That we bought it at Wal-Mart.

I told them about how you took us to Wal-Mart so you could get the picture.

(That’s absolutely correct- I needed to print the pic out in a hurry, so I did 1 hour photo processing at Wal-Mart. But really??) Did you tell them where you were? How  much fun you had? How fast we went?

Nope, I just told everyone we got the picture at Wal-Mart.

I don’t know why I expected any different!