This evening, Scorch and I were out and, in out travels, we drove by one of the local restaurants. I’ve only been there a handful of times over the years, but I distinctively remember the first time I was there in December 2011 because I sat at the table and cried in front of my girlfriends.

Scorch’s anxiety was just making itself apparent at the time. He was terrified of hairless cats and the boy, in Kindergarten at the time, wouldn’t sleep. He was terrified of going to sleep and would wake up numerous times a night. Putting him to bed would literally take hours and often times end up with all of us yelling and crying. It was an awful time and, that night out, I was just done. I dreaded going home knowing that Scorch would still be awake, and that I couldn’t do a damn thing to fix it. So when I sat down with my friends, I just let the tears flow. Thank goodness we were the only ones in the place that night.

Tonight I told Scorch that story. I told him how proud I was of him for coming so far and we had a laugh over the vision of me sobbing and sniffing at a table out in public. Then I teased him a little about having a phobia over the oddest thing ever.

Yeah, mom- I’m pretty much over being scared of hairless cats.

*pause*
Except for spotted hairless cats. They are demons from hell. I’ll always be scared of them.
If you ever needed proof that 8 year olds rock, that’s it!
~*~*~

From my crazy family to yours, we wish all who celebrate a very Merry Christmas! I hope this holiday season is filled with joy, love and lots and lots of laughter! 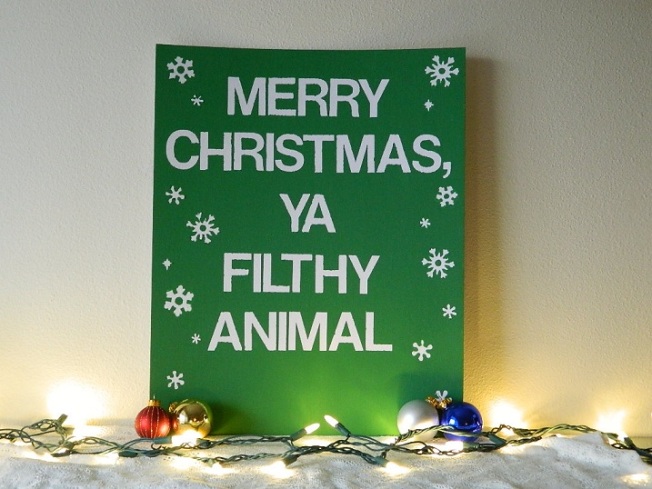