When I was in 7th grade, we went to NYC for the day. I’ll always remember that day for two reasons- first, it was the day I bought my very first CD (C&C Music Factory- don’t judge) and second, it was the first time I saw a play on Broadway.

And we didn’t see just any play, we saw The Secret Garden starring Mandy Patinkin. Mandy freaking Patinkin in one of my favorite stories of all time. Can you imagine a better introduction to live theater? I vividly remember sitting on the edge of my seat, mesmerized by what I was watching. The soundtrack for the play was the second CD I ever bought – I could still sing the vast majority of the songs to you today. 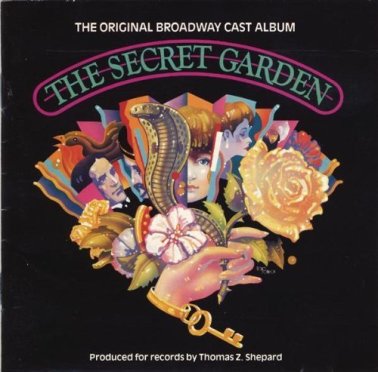 When I was in high school, one of our science teachers also was in charge of the lightening at the local theater that hosted a variety of touring Broadway shows. If we volunteered to serve as ushers, he got us into all the shows for free. Cats, Jesus Christ Superstar, Joseph and the Amazing Technicolor Dreamcoat, Guys and Dolls, Chicago- I was lucky enough to see them all.

Unfortunately, like a lot of things do when you have very small kids, going to the theater stopped for a long while.  I saw random shows here and there for our girls night- Menopause the Musical and Fifty Shades, A Parody. Fun, fun shows- but nothing that was mind-blowing except Wicked a few years ago. That was amazing!

The Hubs and I have been talking for a while about taking the kids to see a show but I wanted to make sure they were old enough to sit through the whole thing and enjoy it. And, like most little things in life, I way over thought what the perfect show would be. I didn’t want to take them to a Broadway show because if they hated it, that was money down the drain. I didn’t want them to see something they weren’t somewhat familiar with so they could follow along. I hemmed and hawed and finally pulled the trigger on tickets to a local production of Peter Pan. I wasn’t sure what to expect- it was put on in conjunction with the local large University, but the tickets were relatively cheap and we didn’t have to drive too long to get there. Today was the day, so we put on our Sunday best and off we went.

You guys, the kids were mesmerized. It was a fantastic musical with great sets, talented actors, fun musical numbers and a story they kids were familiar enough with that they had no issues keeping up. We were 3 rows from the stage and I worried we were going to be too close, but it was perfect. The actors were right there and the kids couldn’t tear themselves away from the show. I got teary-eyed watching them watch the show- all I could think about was how we nailed this!

Here’s to the next generation of theater fans- and to our next show in March!