The Bean found my blog.

I mean, I knew the day would come- my kids are the reason I started this blog, after all. My kiddos don’t have baby books and most of their childhood pictures are stored in Shutterfly, not in physical albums. I didn’t keep many of their childhood mementos outside of a few blankets, some books and a few stuffed animals. But I have been chronicling their childhood for almost 10 years now- since the kids were 4 and 2.

Since she’s been going back and reading my old entries, I got nostalgic and started to do the same.  One of the things I used to on Monday’s was “Not Me Monday” back when widely used blog themes were a thing.  “Not Me Monday” was a way to confess your sins and since the old entries made me laugh, I figured I’d share a few of my gems lately: 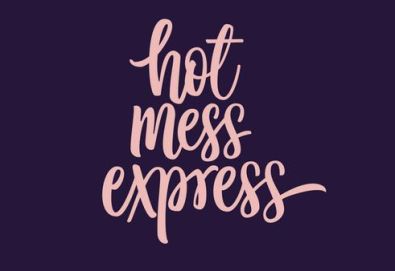 So, spill – what haven’t YOU done lately?!

*Please note: I DID (and do, frequently) absolutely talk to my kid about these numbers, what they mean, how they are not appropriate in a lot of places/context, etc – but he’s 13 and he’s in middle school and kids laugh about dumb stuff no matter how mature and enlightened you try to make them. I can either freak out over it every time or embrace my inner 13 year when something is legitimately funny. This video was NOT sexual in any way shape or form, it was just simply a bunch of idiot teens freaking out when that number was called out in public – and it was really, really funny.